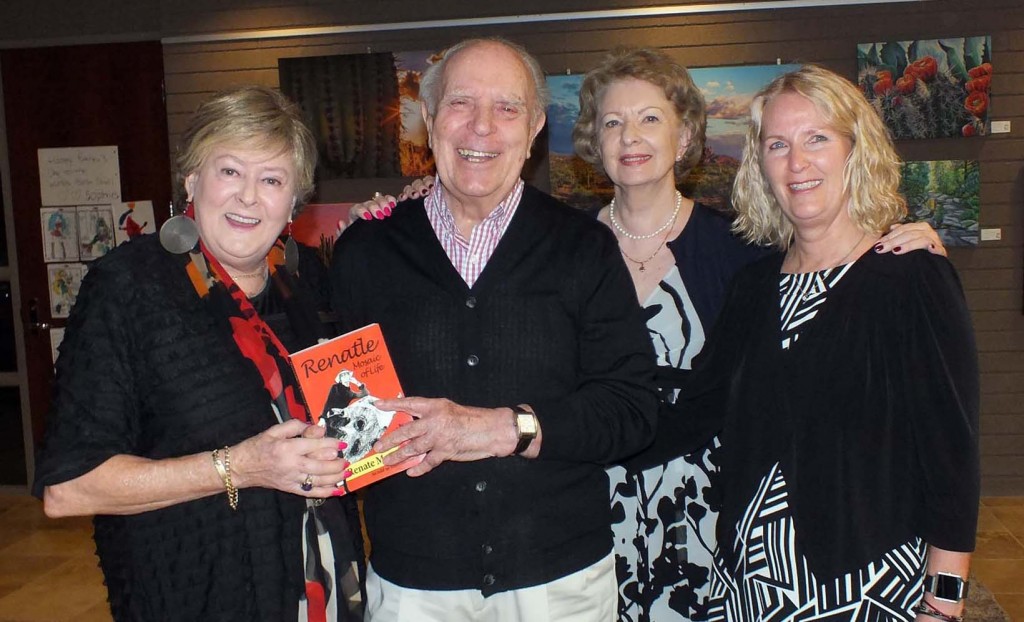 Renate Mousseux gathered with her friends Bruno, Barbara, and Brigitte at the Fountain Hills Gallery after a body language presentation. Like many, they had been looking forward to Renatle’s Mosaic of Life with suspense.

“Renatle, Mosaic of Life” is now out on Amazon. The cover looks sassy and the story is full of suspense. I am so excited! Renatle’s mosaic of life adventures came beautifully together in her memoir. It is out on Amazon as paperback, plus a digital version on Kindle. Here is a review from the Fountain Hills newspaper.

YOU ARE INVITED: Friday, January 27, 2017, 7 p.m. Renate will be reading excerpts from her book at my house. Please RSVP to my e-mail. 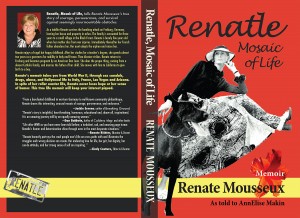 One fine day, I chatted Renate up after the German luncheon about doing a story about her for Amerika Woche. Right there my own life changed. For this interview, Renate and I met in an Indian restaurant. She gave me the full scoop about her body language expertise—and some playacting examples. We had a fabulous time.

Several weeks later, Renate approached me about writing her life story. I had no idea what all was to come in Renatle’s Mosaic interviews. I was in for some genuine enrichment. 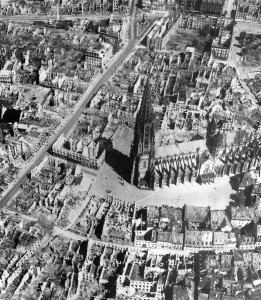 We started taping Renate’s story. Once a month I drove to her house on top of a Fountain Hills peak and listened to her true tales. War times in Germany. Concealed at birth. Prankster childhood. Love gone awry. Down and out in Los Angeles. More than once, my jaw dropped. Renate laid it all out. Barred none.

I won’t give away more than what is on the back cover: Renate was the love child between a French jazz trumpeter and a German patrician business woman. Renate’s questionable existence was concealed from the family for months. Aunt Liesel finally discovered the baby and brought her home.

As a toddler, in 1944, Renatle survived the infamous Tigerstorm carpet-bombing attack on her hometown Freiburg (Germany). The whole town lay in shambles. In that night 3,000 people died. Renate’s uncle and other good Samaritans brought aunt, grandmother, and baby Renate to a Luftschutzbunker—with nothing else but a blanket wrapped around their nightgowns. 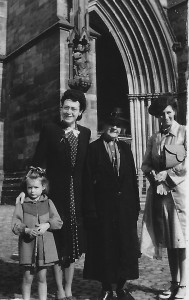 Yes, but her mother and father, Trudel and Emile, were buried alive in rubble of the dental lab where they worked. By a miracle, both were rescued days later and put into a hospital for a year. They never fully recovered . . . and then, mother . . .

Tears welled up in her eyes. She asked me to stop the recorder.

More pauses were to come. Why did Renate go to America? She was expecting and wanted to give her baby a home—but not a brute, bisexual, drug-addicted father. Renate escaped, but barely. Finally, things seemed to fall into place in Arizona, with her teaching immersion classes for French and German. It all seemed good, or was it? Her new husband had charm and pedigree.

“I never dwell on the past, even though I sometimes cry”, Renate said. She is one of the most cheerful and people-oriented persons I know. And like any serious Girl Scout she is looking to do at least one good deed a day. She always carries a gift for unforeseen occasions in her purse. 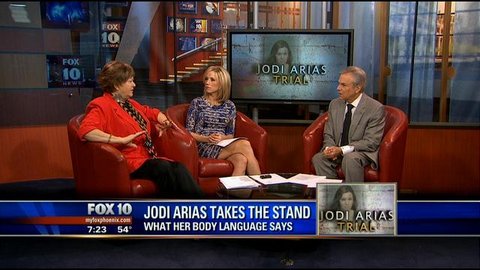 Now it’s two years later and the book is done. “Renatle” turned out well. And so did her book.

Since we started writing, Renate has made many appearances at TV stations commenting on presidential candidates’ body language or the expression of witnesses in high profile murder cases. She started her flourishing BodyLanguage4Success business after her retirement as an Arizona foreign language professor for almost 30 years. More information at BodyLanguage4success 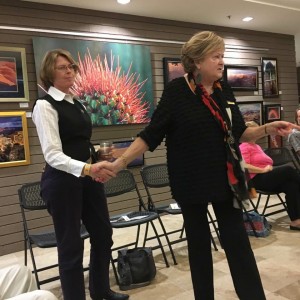 All this fame could have spoiled Renate, but quite to the contrary she is a charming, helpful, and very open person. A gem. And I learned a great deal from her. Each interview and every editing meet was a lesson for me. Here we are at the Fountain Hills Gallery presenting Renatle’s Mosaic.