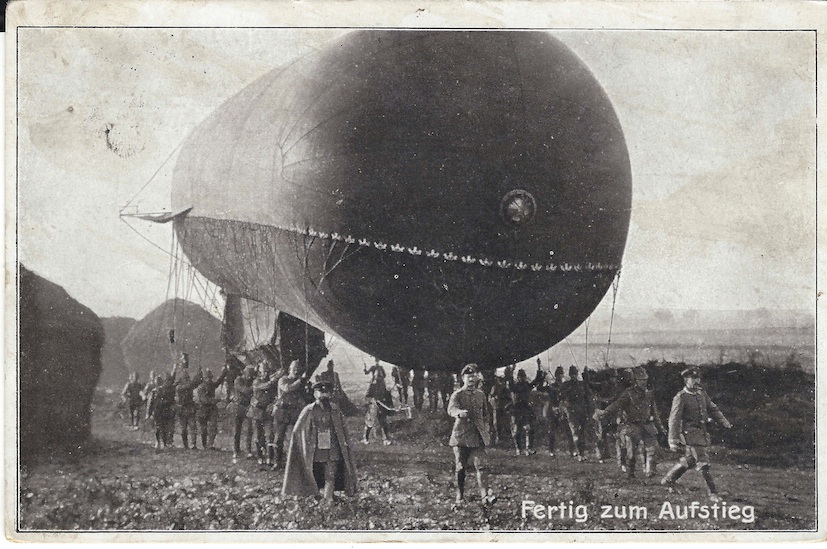 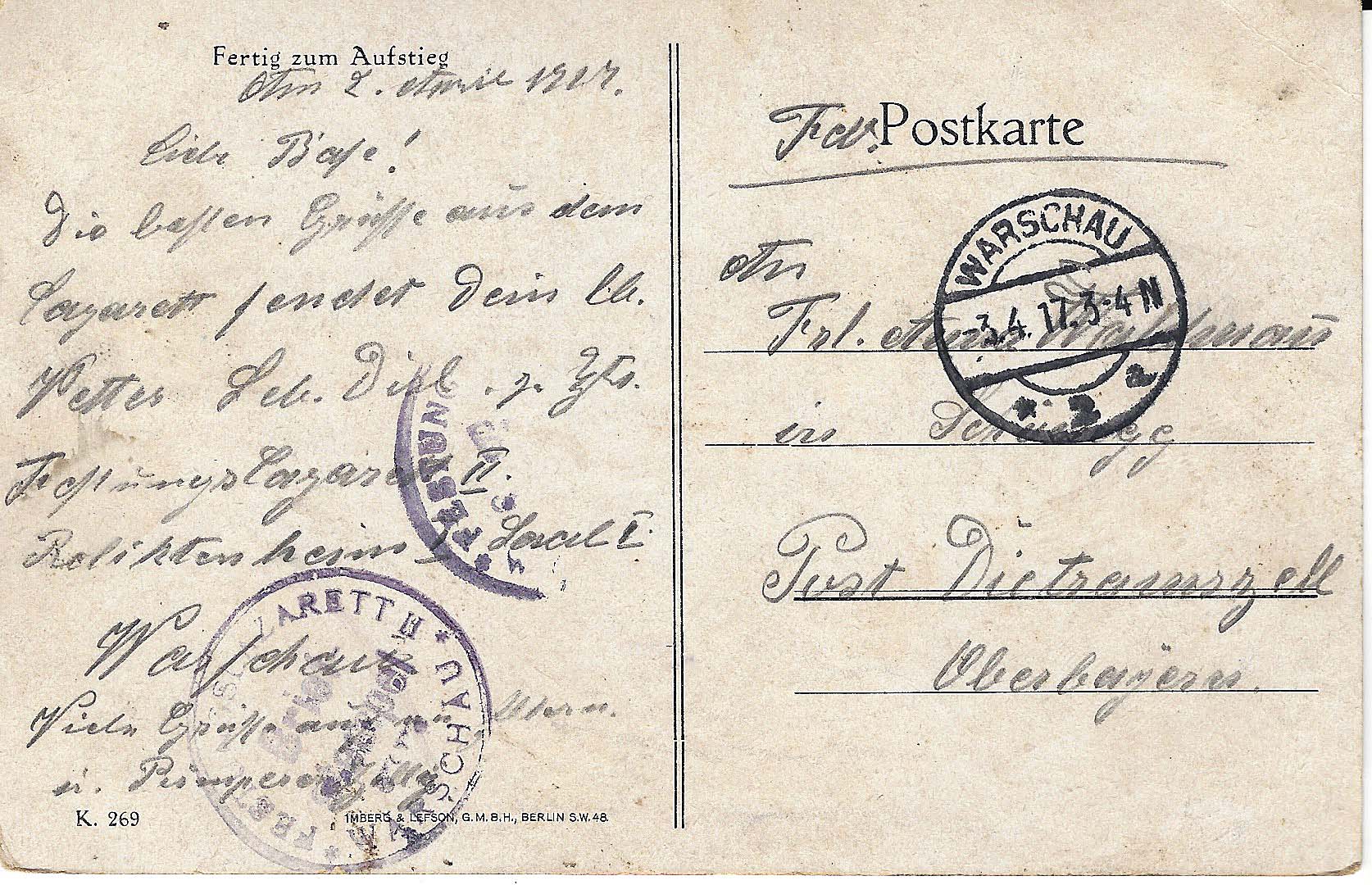 Dear Cousin! Fondest regards from the sickbay sends you your dear Cousin Seb. Disl. At this time from the Fortress Sickbay II, Infirmary 1, Room 1, Warsaw
Many regards also to your parents and Zilly Pumperer

This is a postcard from World War I. One day I rediscovered my grandmother’s correspondence. MIND YOU: The man lies in a “Lazarett”, no telling what his wounds. I don’t think the generals would have excused him for the flu. And there he sends “best greetings.” Never mind, he was still alive. That was the important message in all postcards from the war.

When I was growing up, I used to think, “Wow, these cards are really ancient!” I kept them together like they were, in an old tin can for tea, ever since I crossed over to the American continent. Now these postcards from the war are even more ancient. The older I get, however, the more these relics seem like yesterday. 100 years is not a long time. 100 years ago from 2016, I would have been in the middle of a World War like both of my grandmothers.

Anyway, my grandmother Anna seemed to have had galore of boyfriends, judging by the stack of postcards she received from soldiers. The pictures from the front lines were newsworthy and showed captured cannons, bombarded churches and all kind of technology of war. The backside contained brief pencil greetings, no complaints whatsoever. Everything always seemed to be good with the troops.

My grandmother wrote many letters to the front lines and encouraged the “homeboys” who she grew up with. Her two brothers were drafted as well. Oma kept the postcards from the field in a neat stack, which are my treasure now. Writing to soldiers in Word War I was like sending care packages to Iraq and Afghanistan. I always wonder, did these young men come home to tell their stories? Did they perish in the trenches? St. Mihiel was near the Siegfried Line.

Erich Maria Remarque was born the same year (1898) as my grandmother. He went to war too, was wounded and wrote a book about his experiences: All Quiet on the Western Front. It wasn’t usually quiet for very long. The grenades hit with awful blasts. My grandfather never talked much about the war action. He served in the cavalry on the western front. After he returned unscathed, he had a cross made out of grenade shrapnel that he collected in the field. A token of thanks to the maker of us all.

I don’t have any postcards from World War II. But I heard from a German lady I just recently interviewed that she, at the time an art student, was also expected to send letters of encouragement to soldiers in the field.

Let’s hope we will never need any more postcards like these. 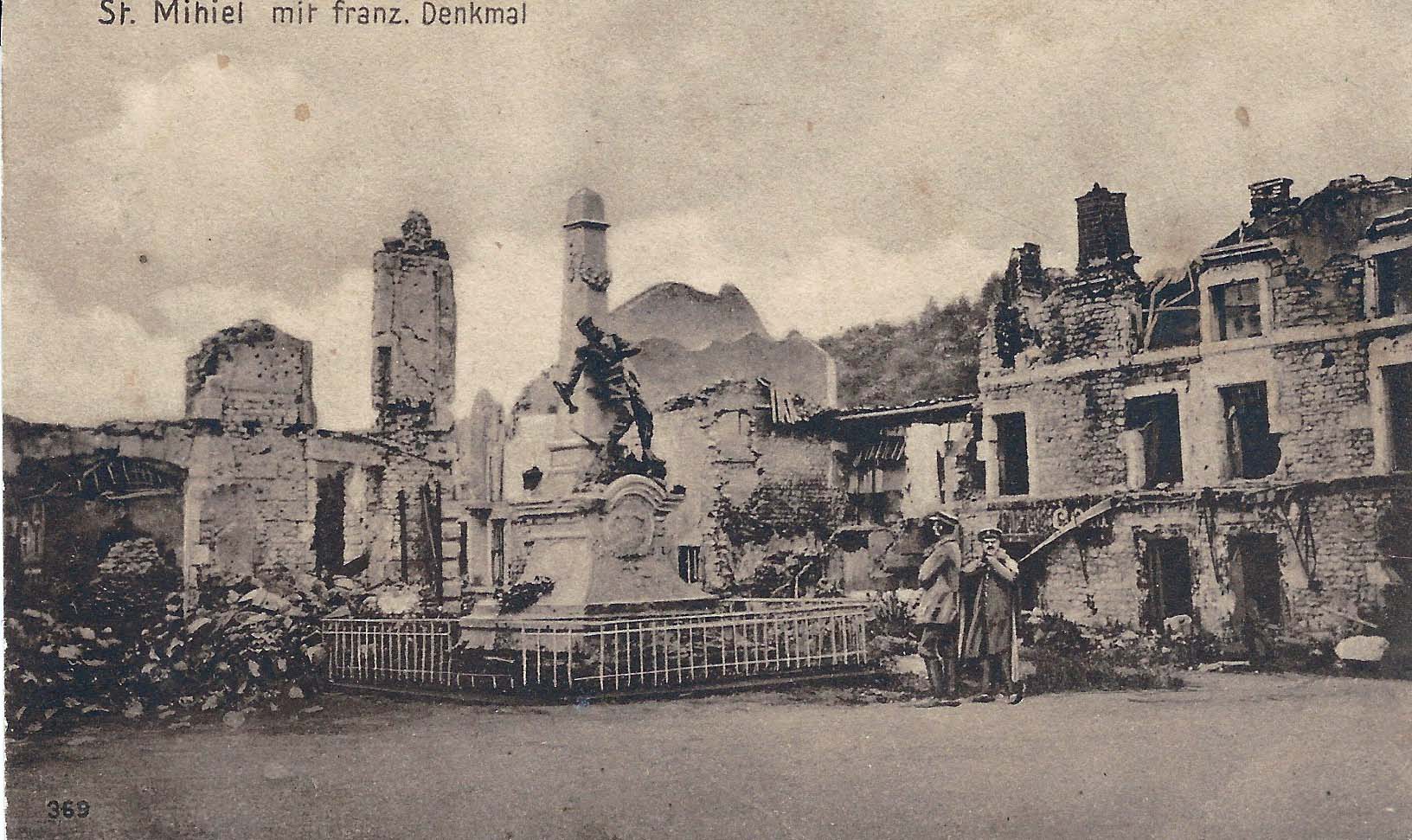 I just want to briefly let you know that I am in France. Until now I am doing rather well, and I am healthy, which also seems to be the case with you. Looking forward to seeing you again soon. Many greetings, Josef Lämmler

Dearest Nanni! Finally I managed today to write to you. I am still healthy and in good spirits and content with the general circumstances of my life. I assume that you are already working hard in the farm fields. Where is your brother Kaspar? I am always hoping for luck and am looking forward to a happy reunion. Sending fond regards, Franzi

This entry was posted in Germany, life, social interest. Bookmark the permalink.