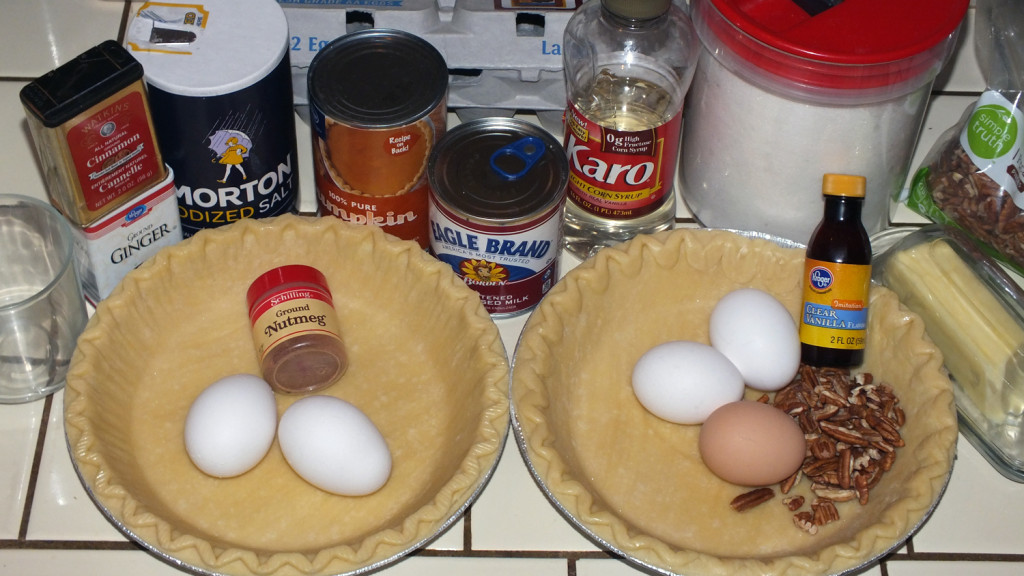 It’s Feasting Time again, and don’t we all love pie! Now this lazy cook/baker won’t be telling you anything new about pecan pie and pumpkin pie, only this: You can whip them out in no time from the package recipe and bake them in tandem.

Here you go, two-at-a-time Pecan Pie and Pumpkin Pie: Have your ingredients handy! Your 9-inch deep pie shells are in the freezer already. Preheat your oven at 400 F.

Step 1: Put the pecan halves in one of you your pie shells; mix up the liquid ingredients in a bowl with a hand mixer, and pour that batter over the pecans. Rinse the bowl.

Step 2: For the pumpkin pie, cream the eggs in your mixing bowl and add all the other ingredients. Whip that up. Pour the batter into the other frozen pie shell. 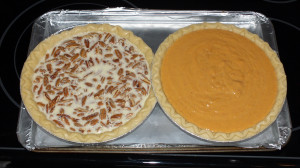 I like to “overbake” the pies because the pecans turn out so much crunchier, caramelized like cinnamon roasted nuts at the fair. I like my pecan pie to have a “praline” flavor, but not darkened too much.

The pumpkin pie, at this baking style, will also get a crunchy crust and turn a more solid, custardy texture. This is for people like me who don’t like their pies “mushy.” Now crown your delectable efforts with a puff of whipped cream. That’s a holiday! 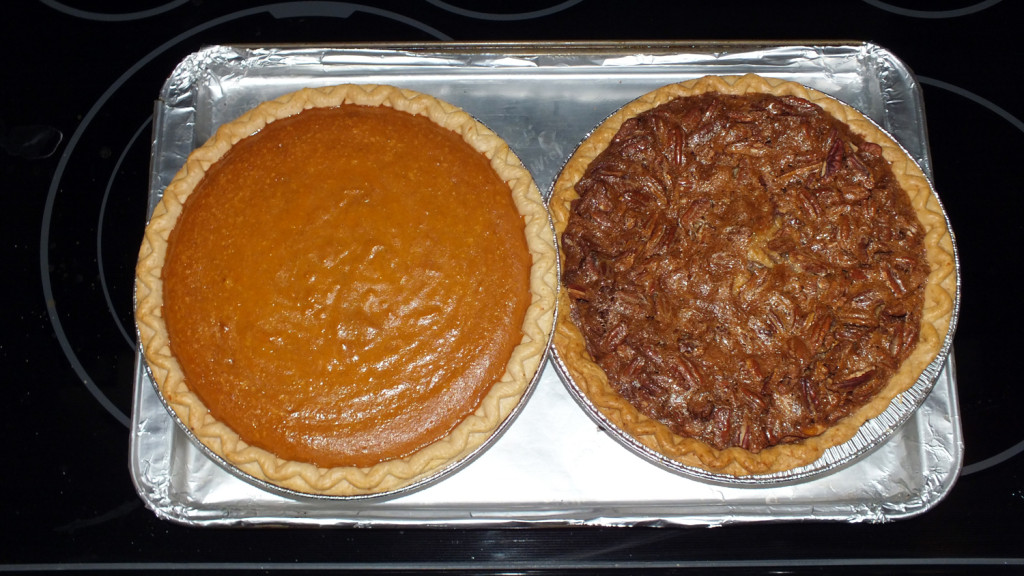 This entry was posted in America, cooking, products, recipes and tagged baking, spices. Bookmark the permalink.