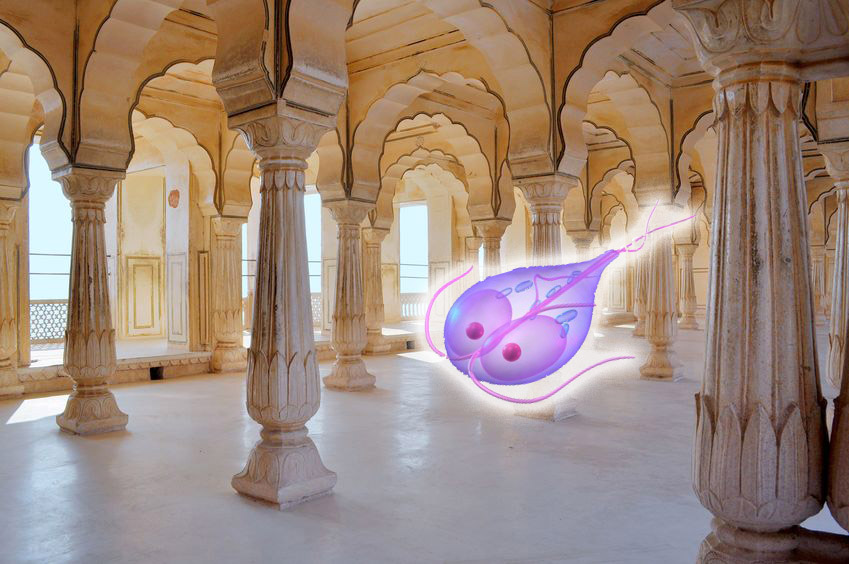 A story about food poisoning seems tacky.  I kept this draft on file for two years. After much indigestion with our elections, this seems to be the perfect timing.

What a dreadful topic! Did you ever have food poisoning? Probably, yes. My physique makes me prone to attract biohazards. But I will spare you most of the messy details except for these.

My first food poisoning that I can remember happened on a Monday, layout day at the weekly paper print shop. I was in my twenties. Unfortunately, the lunch salad at the Italian bistro must have been laced with pathogens. I had to use the train to get to the print shop across town, somehow made it just in time. I thought I would explode at ten-minute intervals for the next two hours. But somehow I got the paper done, and the toilet (t)issues too.

All my trips to India have been memorable and enriched with cultural experiences. But the first trip put me into the emergency room. Fortunately, disaster hit towards the end of the journey. And fortunately I kept the stuff inside on the flight by using utmost restraint, although with a barf bag in hand. I ended up fighting this remarkable bout of food poisoning on American soil with an IV for rehydration two days later. It also passed. I never knew what organism had hit me. My family made a diagnosis: Delhi belly. 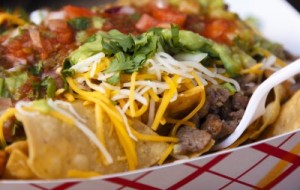 I had two memorable encounters with some tough bugs at American eateries. One happened at a popular Mexican theme restaurant. Maybe the critter hid in the chalupa? The other disaster struck at a soup and sandwich shop. Was something in the tomato soup or was I contaminated by bathroom use? The spotty potty should have been a warning.

Either way, both these incidences, sent me to urgent care after the second day. And so did the bottom layer of a prewashed salad box. OK, here is something that I learned. Wash it, wash it, wash it, even when it says, “ready to serve”. One time I went to a vegetarian party given by a newly minted vegan. Doubtlessly, the veggies were scrupulously clean. However, the mix of cooked beans, fresh sprouts, and cabbagy things set off some gas works of a monumental nature. Cramps, cramps, cramps—I was afraid of involuntary releases. And yet I kept my smiley face and conversation. The longest party in my memory.

Interestingly, I cannot recall any bouts with the infamous Montezuma’s revenge, even though I have traveled to Mexico frequently. The Mexican bugs have so far agreed with me. 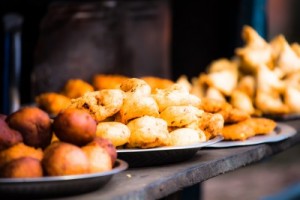 My longest lasting food poisoning, contracted in Mumbai in 2004, must have dragged out for about a year. Initially, the affliction started with severe stomach and intestinal eruptions. I was lucky since my place of stay had a functioning Western toilet.

To this day, I vividly imagine that slightly tattered papaya that I bought from the grimy sidewalk. Ask natives, they will easily admit that Mumbai streets are filthy, especially during the monsoon, when sewers spill into the street and mingle with the drinking water. Let’s say, it was the papaya and that I didn’t wash it well enough.

Or had the microbe jumped from my toddler’s mustardy diapers? After the acute infections had subsided, the problem lingered on. I lost weight, felt weak and listless. It was a parasite called giardia, which hopped around the family for about a year. That brought on excessive trips to the doctor, disgusting medication (metronidazole), and regular testing—until all family members took the medication simultaneously. 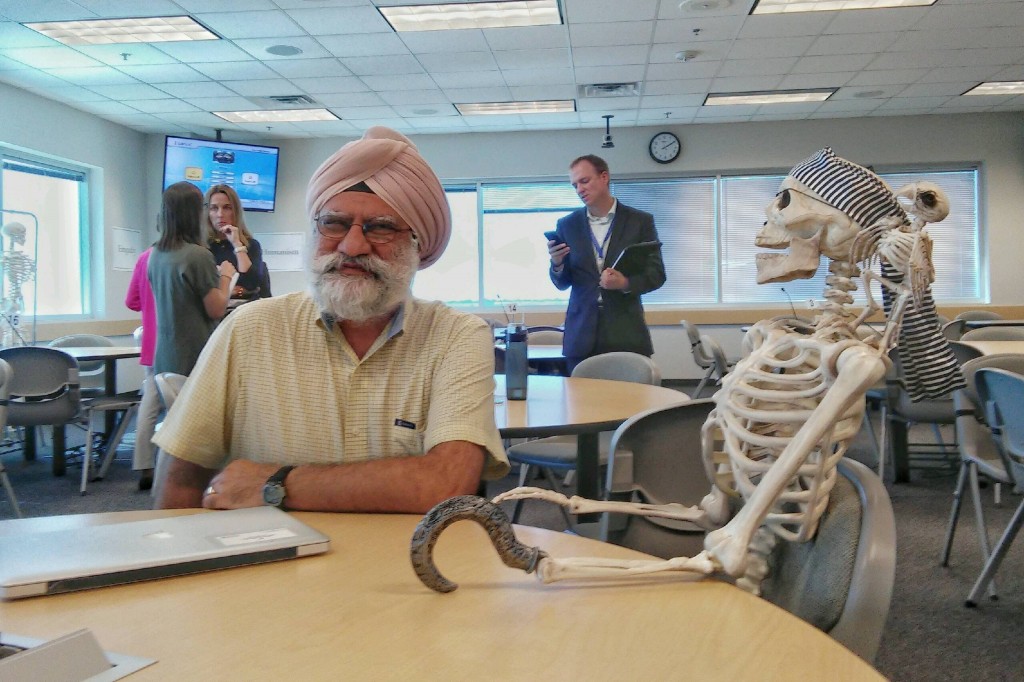 My husband survived the food poisoning. No such luck for me.

All done with that, here comes the best. I would call it the Jaipur double-trouble. Yeah, I can still precisely picture the”last supper” from a reputable-looking restaurant. My husband and I, we both enjoyed it. Exactly after two hours—I had ingested a fast-acting little critter—my fever-vomit tango started. My Indian husband seemed to be taking the food bug (lingering resistance) just fine until four more hours later.

Let’s chill, I pleaded. What? he said, waste the whole sightseeing trip in a four-star hotel? No way, Jose! That’s the kind of people we are. So up goes my six-month-old in an L.L. Bean carrier, and we take the town of Jaipur. Wait, let me puke a little before I take the picture of the Red Fort. Tonight we’ll puke in tandem. And tomorrow we’ll try not to fall through the hole between the two footprints of the bumpy train while doing the other business.

Yeah, what a trip that was! And why am I telling you all this? When I have traveled to distant places, adventures have made my trips memorable. Food poisoning has sharpened my perception so much that some images are indelibly burnished on my mind. Food poisoning has made me more aware—and Jaipur quite unforgettable.

However, don’t be foolish and get a food poisoning on purpose just for the sight-seeing experience. I have been there. It’s not so enjoyable. I did not carelessly challenge my fate, but stuff happens, you know.

Tasting local foods is still what makes foreign travels ultimately exciting. Be judicious about eating, but savor your delicacies without regret after you accept the risk of natural reactions.

How to Avoid Food Poisoning