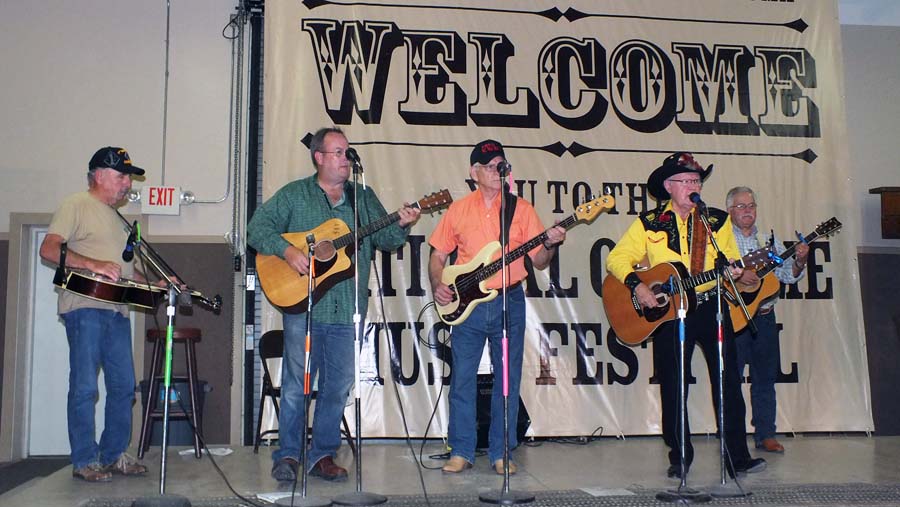 Will the circle be unbroken? Yeah, I don’t think it ever was broken. Rather I came all the way around at Bob Everhart’s 40th country music festival. I went to LeMars. Where, Mars? No, Le Mars! That is a small town in Iowa. After a long time I went Country again (once a cowgirl, always a cowgirl), listening to famous tunes four days straight.

Bob calls his brand of event a “mouthful.” To be precise, we are talking about the “National Old Time, Country, Bluegrass, and Folk Music Festival and Pioneer Exposition of Arts, Crafts, Flea Market, And Agricultural Lifestyle & Rural Living Convention.” I am calling it Bob and Sheila’s (his wife) country music festival. 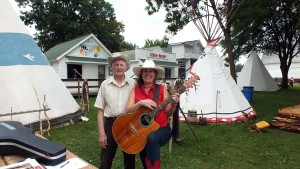 Now I don’t know if time was standing still, I skipped a few decades, or I was fast-forwarding to the Plymouth County Fairgrounds from my yesteryear Texas college days—I still recognized some faces of the old-time music hardliners. I’ll be darn, the music festival, as I had known it from Avoca (Iowa), although smaller, was still going strong.

Granted, a number of musicians had passed on. Yet, just like I vividly remembered, there was this array of RV campers and a village of show barns filled with musical entertainment. For seven days during Labor Day week, on ten stages, all day long, traditional country music would play itself out. You could get an endless earful of acoustic folk music, “exotic” instruments such as dulcimer, autoharp, or singing saw included. Some performers came from as far as New Zealand. READ ON BELOW JACOB AUSTIN BAND VIDEO

Bob Everhart, the organizer of this medley, is a great performer, recording artist, promoter, and encyclopedia of country music. He and his wife Sheila have earned a spot at the Smithsonian’s Traveling Museum. Bob chose his country music mission early on in life. He didn’t try too hard to become a star. Why? He put a value instead of a price tag on his favorite music. Bob didn’t sell out to the music industry, because those traditional tunes feel best when everyone sings and plays them together. So the Great Plains troubadour started many a friendly competition. Bob has always kept good-natured about the (tough) music business. His favorite key is “h” for humor. He likes to joke when things go wrong. And the show always goes on somehow. 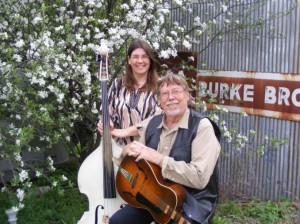 Not only has Bob put on his festival (and many other gigs) for 40 years, he also founded the National Traditional Country Music Association and established a prairie “roots music” Pioneer Music Museum in Anita, Iowa, with America’s Old Time Country Music Hall of Fame and many music memorabilia in it. Call it “Planet Country Music.” Sheila plays music (bass) with Bob and helps him with the organizing and hosting the awards at the big, annual NTCMA festival. For the rest of the year, all three (add daughter Bobbie Leah to the mix) have planned a number of events at their Oak Tree Opry in their hometown Anita, Iowa. 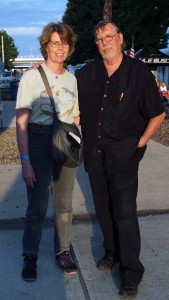 How do I know Bob Everhart? Let’s go back to prehistoric 1979. My friend Leni (alias Maria Petersen) from Omaha took me along to his country music festival. She and I come from the same small village in Germany (Ascholding). Now as then, Leni was scheduled for a number of appearances with her zither (so far the one and only at this festival over the last 30 years). This time, I followed her around, taking pictures for her portfolio.

Oh, what a memory lane I got on! I had organized, as a teenager, some country music appearances for Bob and his travel companions around my German hometown. That was such a thrill and highly unusual at the time. Here’s another thing: On stage I had to translate the introductions of songs for Bob. He kept telling the listeners about the famous Carter family in country music. You know what I thought? Jimmy Carter, President. I was confused. Now, how did the presidents suddenly get into country music? So many Carters out there?

Finally, where is today’s “Home on the range?” At Bob Everhart’s country music festival, I’d say, “where never is heard a discouraging word.” People, this was a lot of fun for me. Be sure to tune in for more country music soon at this station. I’ll play you some.

This entry was posted in America, lifestyle, music and tagged tradition. Bookmark the permalink.